Five Nights At Freddy’s Books In Order (Updated in 2023!)

Here are the Five Nights at Freddy's Books in chronological order:

Here are the Five Nights at Freddy's Fazbear Frights Books in chronological order:

Five Nights At Freddy's, or short FNAF, is a horror video game series. The creator of the series Scott Cawthon partnered with Kira Breed-Wrisely with whom he wrote all of the books with.

Scott Cawthon wants to reveal a human element and expand the mythos with the books. According to him, the game series misses this human element.

The books and games take place in the same world, but they can be enjoyed on their own. The stories may seem similar at first glance because of this overlap; however, you will soon notice how different each one really is from what's come before!

Scott Cawthon began publishing the book series in 2015 with The Silver Eyes. In 2017 he released the second book “The Twisted Ones” and in 2018 the last book “The Fourth Closet” of the 3-book long mini-series was released.

In 2019 he started the Five Nights at Freddy's Fazbear Frights Books series. To this day the series features 12 books. He releases a new book every few months now.

The video below gives a good overview of Five Nights at Freddy's. 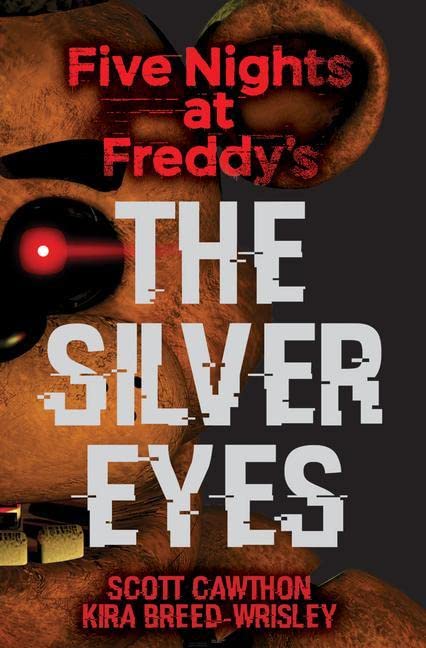 The first book, The Silver Eyes, plays ten years after the murder at Freddy Fazbear's Pizza. Charlie, the son of the restaurant owner, and some of her childhood friends return to the crime scene on the very day the tragedy happened. They find that the pizza restaurant had been locked up and abandoned for years. This wakes their curiosity and they find a way inside. Once they're inside they find that things have not stayed the same. The four adult-sized animatronic mascots who used to entertain customers as children are now different – they've become dark secrets in themselves and have a murderous agenda!

I found the book to be great, it presents the backstory to Freddy Fazbears. If you were to ask me whether you can read the book without having played the game I'd have to say that it depends. I think beginners might struggle to catch on with the action without having played the game. For all FNAF fan's this book should be great though and present you the Five Nights At Freddy's world in a different light. 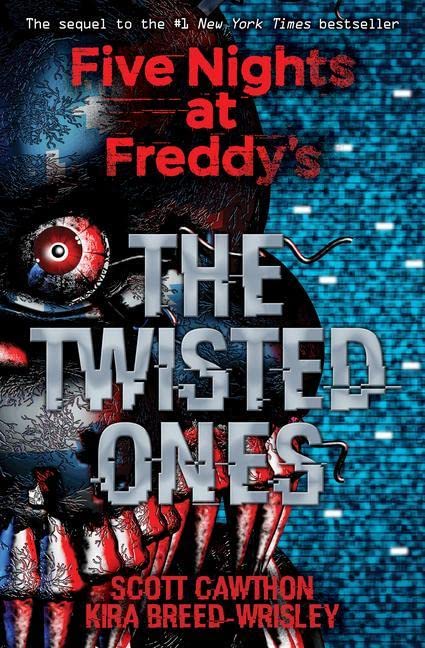 The Twisted Ones
Check Price on Amazon

The second book of the series Five Nights at Freddy's was highly anticipated in 2017. The first book became a #1 New York Times bestselling novel.

The Twisted Ones plays one year after The Silver Eyes. Charlie, the main character, is trying to move on from the horrific events at his father's pizza restaurant. She's still haunted by nightmares of the restaurant, masked murders, and four gruesome animatronic puppets. Charlie now goes to a different school but unfortunately, her past is catching up with her again. A series of bodies are appearing close to her school with wounds she's familiar with. 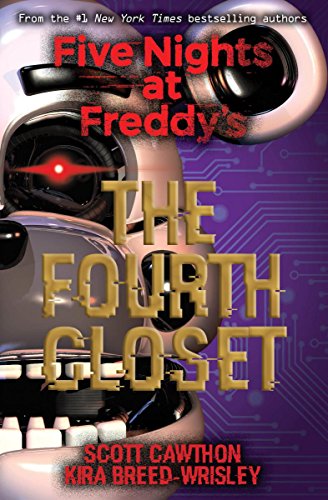 The Fourth Closet from Scott Cawthon and Kira Breed-Wrisely is the conclusion to the bestselling trilogy Five Nights at Freddy's.

Charlies friend John, the protagonist in this book, teams up with his childhood friends Marla, Jessica and Carlton to solve the mystery around Charlie, her father, and the legacy of her father's creations. They try to just forget Freddy Fazbear's Pizza but they can't let go of the past so easily. A new animatronic pizzeria is opening in Hurricane and the kidnappings that are too familiar to the four friends start again.

In total there are 3 FNAF books and 12 FNAF Fazbear Frights books (I updated this post in April of 2023).

Do the FNAF Books Have an Order?