Throughout the ages, philosophers have ceaselessly debated questions about human’s aptitude for and access to knowledge.

The following list of remarkable books will give you a comprehensive overview of epistemology or the study of knowledge.

From introductions and contemporary anthologies to the classic texts, it has everything you need to find out about this curious branch of philosophy.

At A Glance: The 3 Best Books on Epistemology 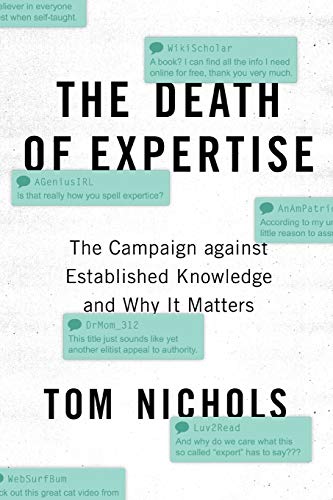 The Death of Expertise

“The Death of Expertise: The Campaign against Established Knowledge and Why it Matters” by Tom Nichols is a snappy analysis of an increasingly pressing problem – how the digital revolution is helping foster a cult of ignorance in America.

The book talks about how the general public is scorning experts and relying more on the information they get from the Internet and why it matters.

Nichols addresses how these people confuse Google-induced hunches with actual knowledge, calling them knowingly ignorant and intellectually lazy. Bold and often sarcastic, he provides plenty of anecdotes and examples to justify this claim.

The book analyzes the impact of accessing an unlimited volume of unvalidated information via the Internet and social media.

There is also a spirited discussion on expertise and its role in society, even the consequences of experts making mistakes as they interact with the masses.

Finally, “The Death of Expertise” talks about the inability of media outlets to fact-check the news they disseminate and how their concentrated effort to clickbait creates a legion of Ill-informed and angry citizens.

Brilliant and original, it deserves its place as one of the top-rated epistemology books of the modern era. 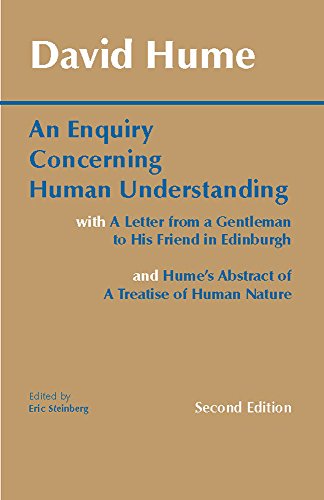 Eric Steinberg writes a skillful introduction to David Hume’s epistemological classic in “An Enquiry Concerning Human Understanding: with Hume’s Abstract of A Treatise of Human Nature and A Letter from a Gentleman to His Friend in Edinburgh.”

Initially published in 1748, “Enquiry” is Hume’s attempt to define the principles of human knowledge, specifically about the nature of reasoning concerning fact and experience.

The book differentiates between impressions and ideas, then relations of ideas and matters of fact.

According to Hume, impressions are sensory, while ideas are thoughts or memories related to these impressions. On the other hand, relations of ideas are mathematical truths, while matters of fact are the more common truths learned from experience.

Hume concludes that humans have no reason to believe everything we perceive about the world and explains why this is not bad. He posits that where reason lets us down, nature will help us get by.

Steinberg’s foreword investigates the conditions that prompted Hume to write “Enquiry” and its relation to Book I of “A Treatise of Human Nature,” his other work.

Lucid and convincing, it is truly a foundational philosophical study that is a must-read for all. 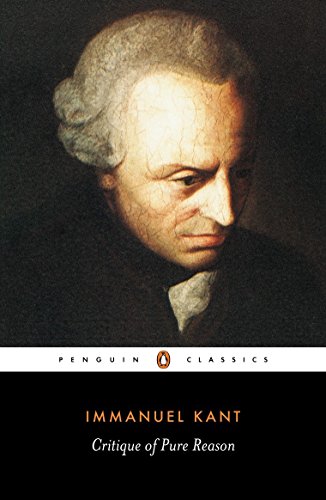 “Critique of Pure Reason” by Immanuel Kant, translated by Paul Guyer and Allen Wood, is the standard edition for scholars hoping to immerse themselves in the German philosopher’s profound work.

Tagged as the most accurate and informative translation of the epochal text, the book follows a straightforward style suitable for new readers of Kant while retaining the interpretative nuances and richness of the original.

Even Kant scholars will be satisfied with the philosophical and textual sophistication it displays.

Kant wrote “Critique” in 1781, moved to action by David Hume’s provocative writings. It seeks to unite John Locke’s empiricism and Hume’s rationalism, claiming that reason comes first and makes possible our experience of the world.

Kant’s aim is to find out the limits and scope of pure reason. He wants to determine what reason alone can accomplish without the help of the senses and other faculties.

A superb volume of Cambridge’s series of Kant’s works, “Critique of Pure Reason” is essential reading material for students of epistemology.

Judea Pearl’s “Causality: Models, Reasoning and Inference” provides one of the most comprehensive discussions of modern causation analysis.

Pearl, a distinguished researcher in the field, talks about how causality has emerged from being an ill-defined concept to a mathematical theory with significant applications.

He unifies different approaches to causation, presenting simple mathematical tools to study the relation between causal connections and statistical associations.

When “Causality” was first published in 2000, it quickly became the standard reference for many, being cited in more than 5,000 publications as the one that freed scientists from the traditional molds of statistical thinking.

It continues to open the way to include causal analysis in statistics, philosophy, business, and social sciences.

In this revised edition, Pearl adds discussion of recent issues and advances in the field and answers questions from the readers.

Anyone who wants to identify and interpret meaningful relationships from data, form theories, and predict the effects of actions and events will undoubtedly find “Causality: Models, Reasoning and Inference” a stimulating read. 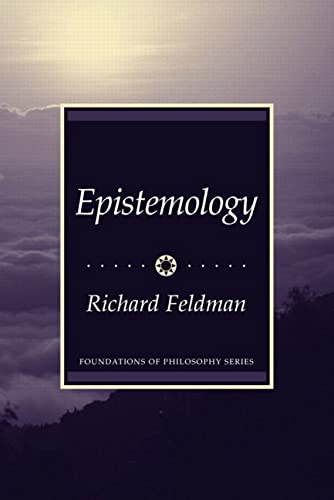 “Epistemology” by Richard Feldman is an invaluable introduction to contemporary epistemology.

Clearly written and fair to all points of view, the book will guide you through the many definitions and distinctions, as well as arguments and counter-arguments linked to epistemology.

Feldman gives a solid foundation of the epistemological doctrine, citing philosophers’ actual process, including critiquing and restructuring the regular features of experience usually taken for granted.

His discussions are up to date with current dialogues in the field of epistemology, allowing access to the crux of the matter without necessarily wading through its long history.

Some of the prominent personalities in epistemological circles, like Descartes and Hume, are also objectively represented. Likewise, Feldman tackles substantive, controversial issues with ease and composure.

If you are an undergraduate student, this book will cover the majority of your syllabus.

Clear and accessible, “Epistemology” is an in-depth primer that masterly presents all sides of the debates.

You will not regret having this on your bookshelf. 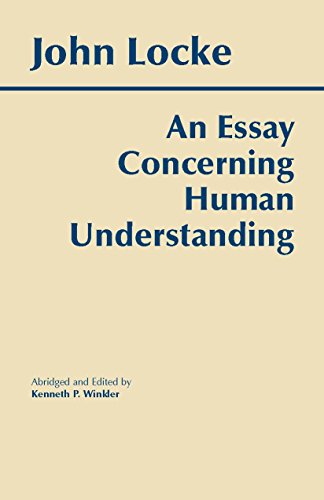 One of the most important philosophical works of all time, “Essay” establishes Locke as the empiricist of philosophy.

Locke argues that human beings are born as blank slates, and that experience alone furnishes our minds with ideas. His stance was in complete contrast with other predecessors and contemporaries, who rationalized that knowledge is innate.

With his work, Locke started the controversial argument that philosophers are still debating today.

While brilliant, “Essay” is notoriously known as Locke’s disorganized work. It is easy for both teachers and students to get lost in it. Winkler’s abridgment makes interpreting the text less challenging.

Winkler brings out the core structure of Locke’s work without losing any of its long and important passages. With the structure made apparent, it is easier to concentrate on the details of the text.

Aside from the copious selections from the original book that are topically arranged, “An Essay Concerning Human Understanding” also includes a comprehensive glossary, a bibliography, and an index based on the entries that Locke himself created.

Without a doubt, it is a must-read for anyone interested in the discourse. 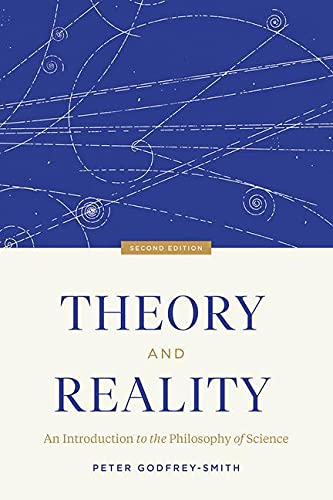 The book addresses questions revolving around a decade’s worth of debate on science, how it works and what makes it different from other means of understanding the world.

Godfrey-Smith combines the study of the modern history of the philosophy of science with recent key themes and arguments. His pacing is easy to follow to any beginning scholar or critical researcher.

Explanations are accentuated by insightful commentary and criticism, while ample examples are provided for better engagement. There is also a glossary of terms clarifying key concepts and suggestions for further reading at the end of each chapter.

Godfrey-Smith updated and expanded his discussions in this second edition, adding a new chapter dealing with truth, simplicity, and science models.

You can use “Theory and Reality” on its own in an introductory course or as a supplemental text at a more advanced level.

Even if you are a student with little or no background in the philosophy of science, you will find this book rewarding to read. 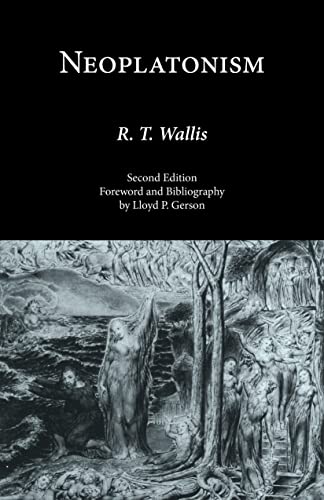 R. T. Wallis’s “Neoplatonism” presents a concise overview of the basic principles of the philosophical school of thought, made more accessible by Lloyd P. Gerson’s foreword.

First published in 1972, the book discusses Neoplatonism as the last great philosophy to arise before the Christianization of the Roman Empire.

It covers the essentials, from the fundamental doctrines to the era’s leading thinkers like Plotinus, Iamblichus, Porphyry, and Proclus.

Recognized as the development of Plato’s metaphysical and religious teaching, Neoplatonism was the dominant philosophy of ancient Rome and a significant influence on European and Near Eastern thought and culture.

Due to the complexity of the writings of Neoplatonists and lack of good summary exposition, the philosophy is only now coming to be examined in detail by historians.

Gerson’s introduction explains this in context, the first author to write a full-length study of Neoplatonism for over 50 years.

He also provided an updated bibliography for Wallis’ classic work.

Students of the philosophy will find the contents adequate and placed in their socio-cultural context, while the analyses are highly illuminating.

This is a book in Neoplatonism that you need to have on your shelf. 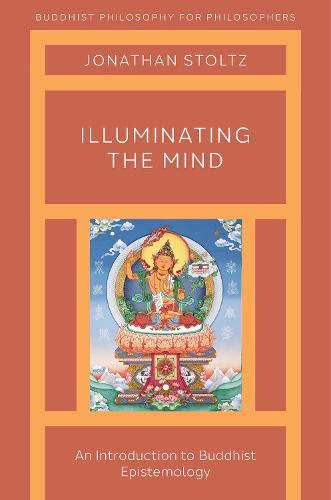 A skillful amalgamation of the classical Buddhist tradition of epistemology and contemporary debates in philosophy, the book examines the most essential topics in both fields.

Among the themes discussed are Buddhist accounts of the nature of knowledge, perceptual and inferential knowledge conditions, and the many criticisms epistemology faced.

Stoltz expounds on how many of the debates within classical Buddhist discourses in India and Tibet overlap with the arguments found in contemporary epistemology.

He also explores the relevance of Buddhist epistemology to current discussions regarding philosophical perception about knowledge.

“Illuminating the Mind” makes learning accessible to those whose primary background is in the Western tradition of philosophy.

Informative and instructive, it is indispensable reading for both students and scholars of the discipline. 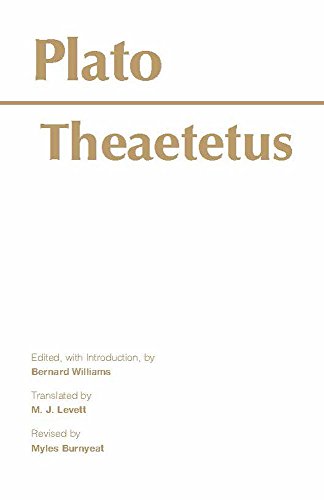 One of Plato’s best dialogues, “Theaetetus” remains one of the most definitive primary epistemological texts that still provoke debate today.

It also illustrates the work’s connections to many concerns in contemporary metaphysics and epistemology.

An influential text in the philosophy of knowledge, “Theaetetus” features an enlightening and entertaining conversation between Socrates and a student.

It is widely considered one of Plato’s best works.

Socrates and the student’s discussion is wide-ranging. It covers claims of perception on knowledge, the idea that knowledge and trust are relative to individuals and states, and that knowledge is connected to true judgment.

Successfully contextualizing and enriching Plato’s thoughts, this edition of “Theaetetus” is an essential addition to your bookshelf. 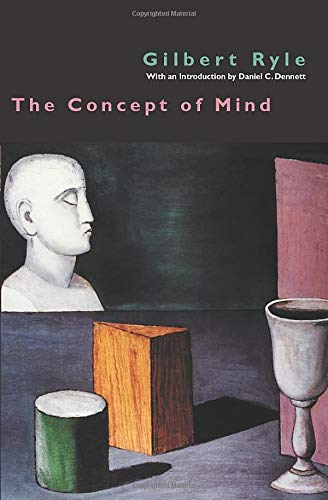 The Concept of Mind

“The Concept of Mind” is an epoch-making book that re-examines established ideas about knowledge, intellect, imagination, and consciousness.

Ryle challenges the traditional distinction between mind and body as defined by René Descartes.

His argument focuses on how our concept of the human mind is based on a category mistake, one where we deduce that it is similar to the body – one invisible and the other visible.

The book contends the Cartesians “myth” of the separation of mind and matter, using linguistic analysis to remap the theoretical geography of the mind.

There are 10 chapters, each revolutionizing our conception of the human consciousness.

“The Concept of Mind” is a thought-provoking treatment of the concept of mind that anyone would benefit from reading.